The Ruger LCP 380 line offers light, compact pistols (LCP) perfect for concealed carry. It’s in the name, and inherent in the design of this popular handgun. It also carries Ruger’s long-standing tradition of durability and reliability. Is the LCP or the LCP II the perfect pocket pistol for you? What’s the difference between the LCP and LCP II? See the features, specs and reviews below. 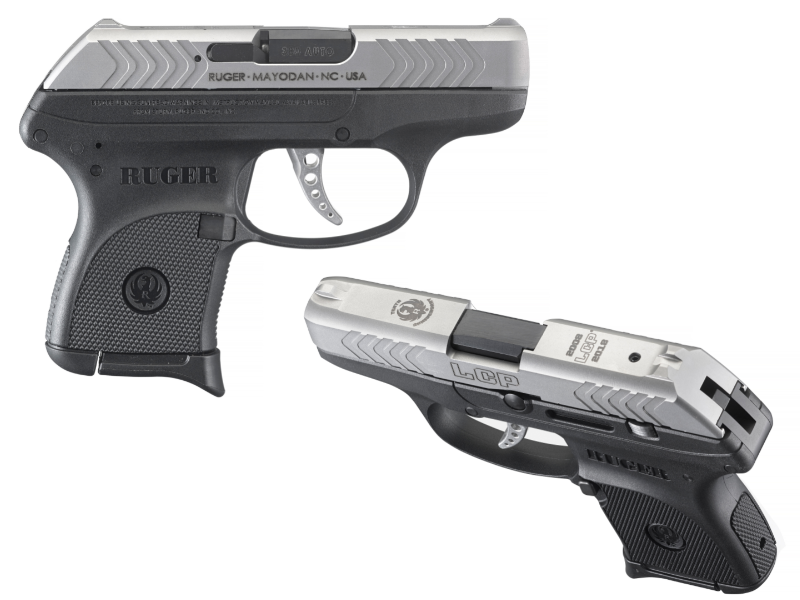 The Ruger LCP is one of Ruger’s most popular handguns. It was released in 2008 and immediately back-ordered due to the anticipation of its introduction. It truly is a pocket pistol because of its size and weight. It’s easy to conceal, making it soar in popularity even more.

The nylon frame is glass-filled, and the alloy steel slide makes construction easy, reduces weight, and makes the pistol affordable. One of the best benefits of carrying a Ruger LCP 380 pistol is that gunsmiths across the country have started doing custom work on them, meaning even if it’s not exactly what you want, it won’t take much to get there.

The trigger pull is short, making successive shots quick and accurate, and the serrations on the slide give you something to grab onto when there’s not a lot of surface area. The 8.25-pound trigger pull is just right to prevent accidental discharges. Not to mention, the Ruger LCP .380 rarely malfunctions. “I put more than 200 rounds through the pistol with no malfunctions.” (1)

The checkered grip frames give you secure comfort, but finger grip extension floorplates are available to add to the magazine if you need extra space. The slide includes integral fixed sights, both front and rear, and the hammer is recessed. It comes with a 6-round magazine and a blued alloy steel barrel. It comes as no surprise that the Ruger LCP is so popular. It’s incredibly customizable and suits its intended purpose perfectly. “The folks at Ruger asked me not to publish the actual number of LCPs they’ve sold, but you should probably add a zero to the end of whatever number you have in your head.” (2)

The Ruger LCP line of pistols is a high-performance handgun with a steel slide and a one-piece nylon grip frame. Its compact design fits a variety of holsters and provides limitless conceal carry options. There are also a wide array of colors and prints to choose from, although they are distributor specific.

The updated version of the Ruger LCP is aptly named the Ruger LCP II. The most notable changes are the front slide serrations, the safety-lever trigger, and the new texturing on the grip. With the second edition of the immensely popular Ruger LCP, Ruger has added quite a few features that enhance its performance.

While the first-generation LCP was a double action pistol, the LCP II has a single action firing mechanism. When the slide cycles, it fully cocks the hammer. In order to squeeze the trigger, you have to press the safety lever. When pulling the trigger, the hammer strikes the firing pin. Unlike the first LCP, the LCP II’s slide locks back automatically when the magazine is emptied. While the LCP II accepts the original LCP magazines, it comes with one of its own, and the former LCP magazines do not hold the slide open on the LCP II like they do on the LCP.

The weight, size, accuracy, reliability, and durability are all on point just like with every other Ruger product. “I fired the new LCP II with five .380 ACP factory loads ranging in bullet weight from 80 grains to 100 grains. The pistol functioned perfectly with all loads.” (3)

RUGER LCP WITH LASER FOR SALE

Lasers used to be big and bulky, deeming them an unnecessary novelty that not a lot of gun owners had or wanted. Today, lasers add very little to a gun’s mass, meaning they fit better in holsters and don’t add a lot of weight. They’re discreet, ergonomic, and fun. 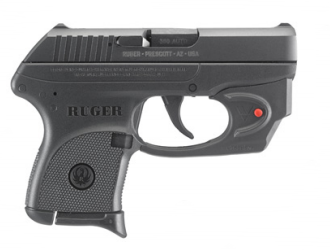 Lasers aren’t just for self-defense. If you’re using your Ruger LCP as a conceal carry pistol, then you may want to consider adding every advantage you can in the case that you may need it in a crisis. However, much of the laser’s utility is in practice. It makes a great training tool.

“Current gun-mounted lasers are refined, highly desirable tactical tools that can give you a real advantage in an armed confrontation. But they can also serve as a training tool, helping you become a safer, faster, more accurate, more skillful shooter, and that might be the biggest advantage of all.” (4)

The Ruger LCP line of pistols is a great conceal carry gun with everything you need to prepare yourself for practice and protection. The limitless customizations and accessories allow you to make it your own and you’ll end up with one of America’s most popular pistols that is also one of a kind.