The Walther PPQ is a German made semi auto pistol with a distinct shape, unique ergonomics, and a full line of calibers. Find out why Guns & Ammo said, "With a PPQ you get the benefits of old-school and the digital age combined—computer-machining and hand-fitting." 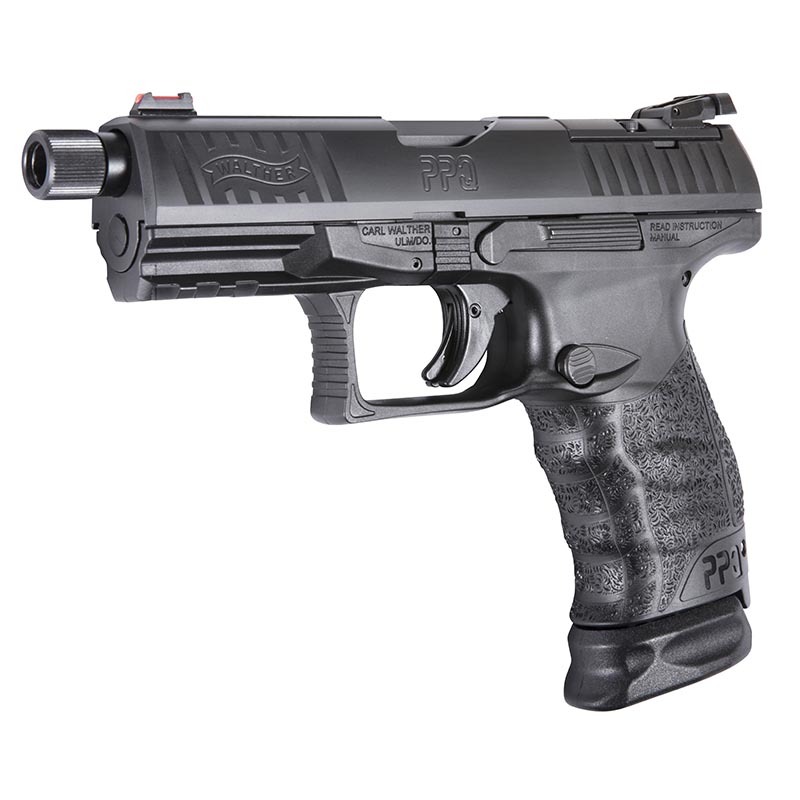 One of the best handguns available for self-defense today, the PPQ Classic 9mm has the same great features of the Walther PPQ with a 9mm caliber. For added stopping power and accuracy, select the 9mm caliber PPQ and enjoy the same ambidextrous magazine release and grip comfort.

”Fantastic pistol. Accurate, light weight, and easy to conceal even with optics. The accuracy out of the box is amazing. The trigger and grip ergonomics aid in this area. You will not be disappointed with this gun no matter your experience.” - Jared S.

Enjoy the same benefits of the original Walther PPQ with a larger, more convenient U.S.-style magazine release. For those used to a handgun like the 1911, the magazine release is familiar and comfortable. It has the same out-of-the-box accuracy and you can enjoy the same grip comfort as well. In a review of the Walther PPQ M2 for Gun Digest, Doug Howlett wrote of the trigger:"The PPQ also has a trigger safety and internal safeties as well as a loaded chamber indicator, an oversize magazine release that can be reversed for left-handed operation and of particular interest where performance is concerned, Walther’s Quick Defense Trigger, a super smooth squeezing trigger with a light 5.6-pound trigger pull (mine actually fired at just under that), less than a half-inch (.4 inch to be precise) trigger pull and a .1-inch reset for lightning fast follow-up shots. As one Glock fan joining me during test firing observed, 'This trigger is smoother than my Glock. It feels almost like a competition trigger'." 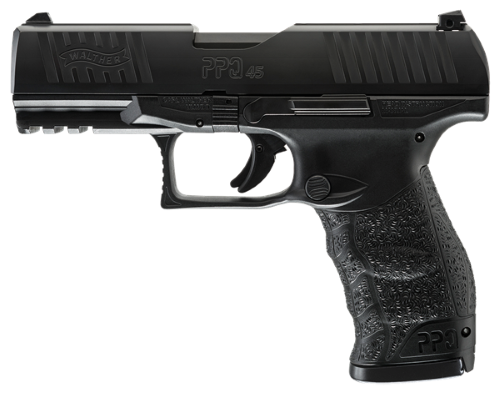 In Handguns Magazine Paul Scarlata described the Walther PPQ M2 5 inch barrel model: "In early 2014 Walther introduced yet another version of the PPQ: the M2 5-inch. As you may have already ascertained by its name, it features a five-inch barrel—as opposed to the standard model’s four-inch tube—and a correspondingly longer slide. The five-inch barrel obviously provides a longer sight radius, which can help in the accuracy department. Then there is the additional weight (1.6 ounces greater than the standard model) up front where it does the best job at moderating muzzle flip in addition to reducing recoil. Last, the longer barrel allows the 9mm and .40 S&W cartridges to reach their ballistic potential."  (June 9th, 2016)

”Overall, I like the ergonomics of the PPQ. There are edges where you need them, like the serrations on the slide, the slide-stop levers and the accessory rail, but even these are not aggressively sharp. Grips and backstraps have a rough texture to facilitate control of the gun during rapid fire, but the texture is not so rough to chew your hands up. The pistol felt comfortable in my hands and pointed naturally wherever I looked. Dick Williams, Shooting Illustrated

With an ergonomic platform and accuracy right out of the box, the Walther PPQ and all of its variants are a great choice for self defense and concealment, and one of the best handguns available.