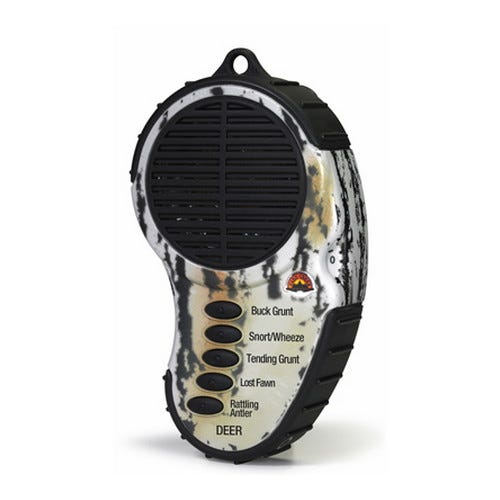 $26.19
In stock
SKU
GAG_983-71933
Add to Wishlist Add to Compare
More Information
"Ergo Deer Call Description The nation's most popular hunting quarry has recently been discovered to be quite a vocal animal. Snorts, grunts, and wheezes make up the majority of the animal's communication. Making the correct call at the right time is key to luring in wild deer. The rhythm, inflections, and tones must be accurate. Cass Creek has recorded actual whitetail deer in the wild to produce five of the most common vocalizations this big game animal uses to communicate. Calls included: Buck Grunt - A communication and mating call of a buck trailing a doe. Snort/Wheeze - A highly aggressive call made by a dominant buck just prior to fighting another buck. Tending Grunt - A low volume vocalization made by an eager buck prior to mating a doe. Lost Fawn - A stressful drawn out call used by young deer often when separated from their mother. Rattling Antler - A call to watch two bucks fight often draws a third attempting to steal the doe. Specifications: - Push button operation with ""instant interrupt"" - Adjustable volume dial - Rugged rubber grip design - Auto shut-off saves batteries - One-hand operation - Natural bark camouflage - Operates on 3 AAA batteries, included"
Questions And Answers
Reviews